The Lowline or Delancey Underground is a subterrainian park concept still far from becoming reality but highly interesting in it’s daringness. The name itself a play on the successful Highline, the Lowline differs quite drastically from the elevated park in lower Manhattan. Albeit similarly offering New York a green-space by redeveloping an abandoned industrial structure the Lowline depends on unprecedented technological innovation.
The developers James Ramsey and Dan Barasch plan to use a system of optics to gather sunlight, concentrate it, and reflect it below ground. Here it is dispersed by a solar distributor dish embedded in the ceiling. The light will be able to support photosynthesis so that plants, trees, and grasses can grow underground.
The project raised over 150.000 $ on kickstarter earlier this year, enough to build a fullscale prototype, which was exhibited under the title imagining the Lowline in september 2012. 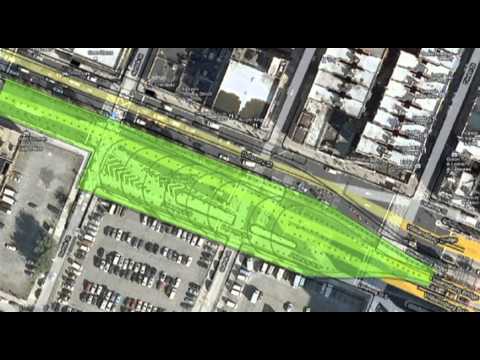 A rapidly growing population, coupled with severe environmental concerns as well as profound cultural changes are demanding for new concepts for how we utilize our main habitat, the city.rethink:URBAN INTERACTION aims to develop such design solutions, capable of addressing the manifold issues of future urban sustainability and liveability. It is the purpose of this blog to examine the different ideologies concerning urban and sustainable design, explore existing initiatives and products offering working solutions, as well as new technologies which appear promising or have already have proven themselves to be of great value. As new design concepts emerge from the site they will be made available to the public under a Creative Commons Licence.